The clarity of its skies, its pure and clean air and its unbeatable conditions make Tenerife one of the main destinations in the world to see the stars. We bring you a basic guide with everything you need to know!

The Canary Islands Astrophysics Institute is located in this Observatory. It is dedicated to scientific dissemination, administration of the observatory, astrophysical research, and the training of personnel in astrophysics.

It can also be visited as part of excursions or guided teaching tours (as detailed below).

Surveys of the Universe are constantly made and discoveries have been made such as one of the first stars formed in the Milky Way.

The first 3 editions of the Starmus International Festival were also held here with relevant people in the scientific sector such as Stephen Hawking.

The sky of the Canary Islands has 3 Starlight Reserves that certify its quality. A “Sky Law” or Law on the Protection of the Astronomical Quality of the Observatories was established in 1988.

The first in the world to protect the quality of a sky, which regulates 4 fundamental aspects: light pollution, radioelectric and atmospheric and air routes. The airspace of the observatories of the Astronomical Institute of the Canary Islands was declared an “Ecological Protection Zone”: no industries or polluting activities can be built above 1,500 metres.

According to National Geographic, 83% of the world’s population lives under the effects of light pollution, which prevents the vision of stars with the human eye. Because of the high altitude of many areas of the Canary Islands and their remoteness from urban centres, their light pollution map looks like this: 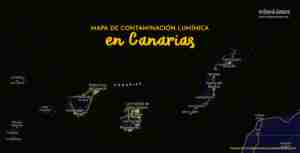 So the higher areas, such as the Teide National Park, are completely away from light pollution and perfect for stargazing.

In order to observe this elusive phenomenon, it must be taken into account that it shines most in the Northern Hemisphere and its appearance is that of a dense chain of interstellar clouds.

Depending on the month, there are specific times at which it will be more easily observable. 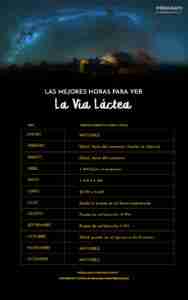 Calendar of astronomical phenomena during 2019

These are the astronomical phenomena visible from the Canary Islands during the year.

November 11th. Transit of mercury ahead of the Sun. It will happen next time in 2032. It will look like a black dot in the solar sphere.

Astronomical Leisure: activities you can do in groups

Tasting&stars, our tour of Wines and tapas under the sky of Tenerife that combines enotourism and astrotourism.

Tasting & Stars is a route of recognition and value of the sky and also of our land. 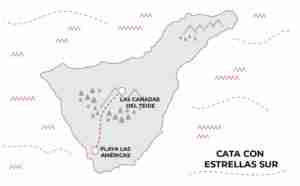 Above the sea of clouds, a specialist will guide us to a protected spot in the Teide National Park to contemplate the firmament, we will take a picnic with products from the island and, of course, our wine, your wine. 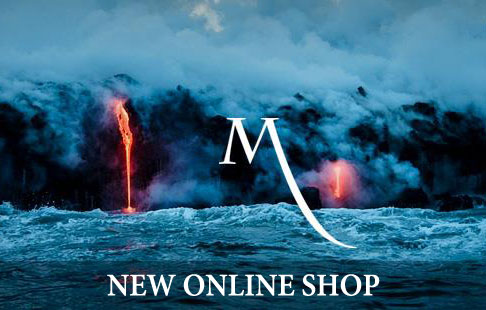